Collaboration and communication in the business environment Discover the Stocks out of summer 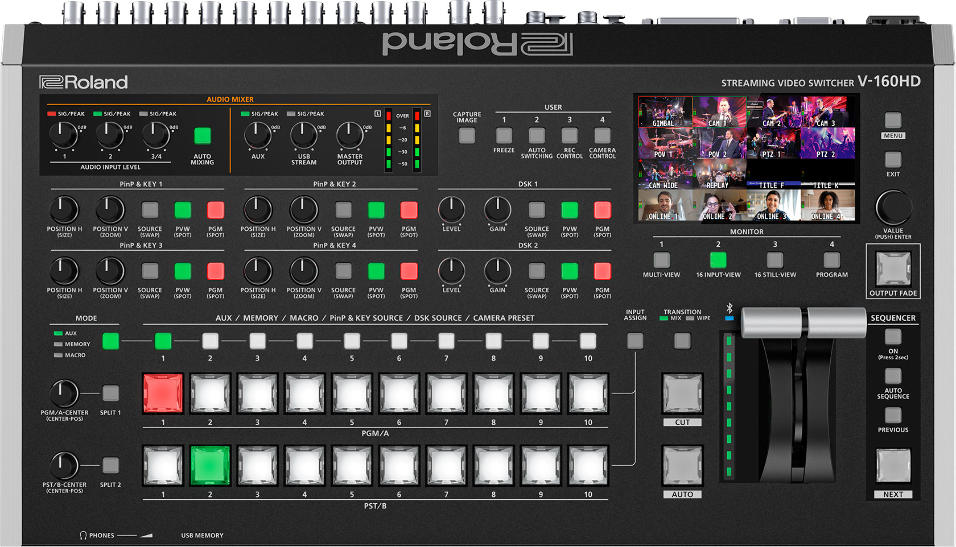 
the new standard in video mixing for hybrid events


The v-160hd is the new benchmark in hybrid event switching thanks to a comprehensive set of advanced features to cover any modern production. Connect with live audiences in full hd with a complete system of sdi and hdmi inputs and outputs, and simultaneously stream to web platforms over usb-c. There's also an eight-layer video effects processor, 40-channel digital audio mixer, and built-in ptz camera control, as well as next-generation input management and live show automation to simplify the most complex productions. All of this comes packed into a portable design with a broadcast studio interface that can be easily operated by a single operator.